News from that other world 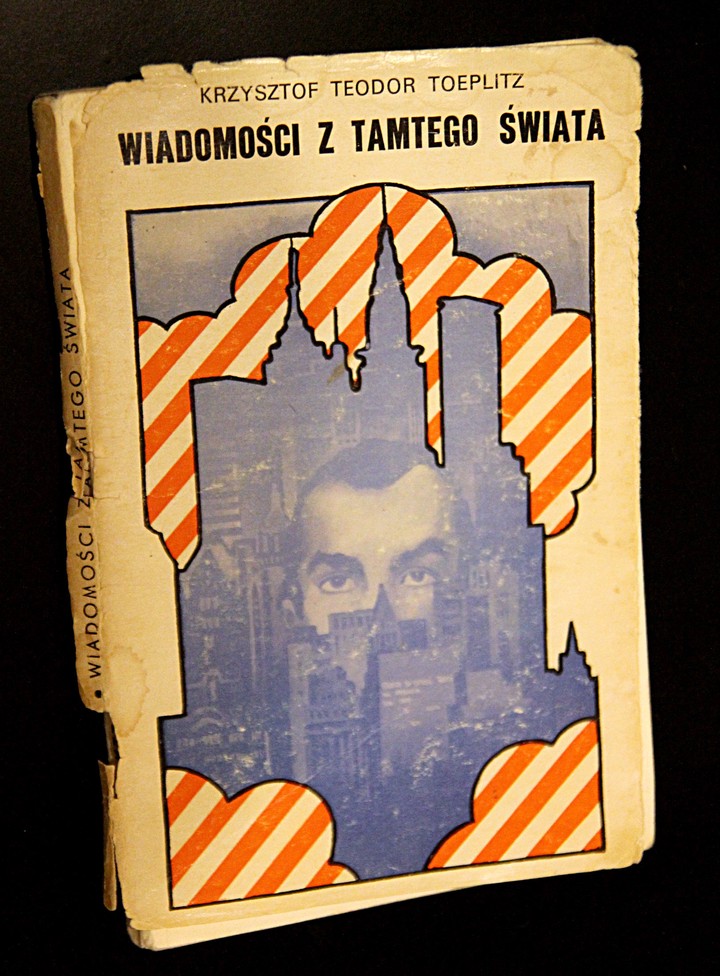 Some time ago I found at home an old book I bought in a second-hand bookshop in Cracow at the time when I was student in Poland. I ignored it for all these years, but I finally made up my mind and decided to read it.

The book was published in Warsaw in 1973 at the time when Gierek was ruling in Poland and Brezhnev in the Soviet Union. I got caught by its curiously-designed cover and its peculiar title, “News from that world”. What could “that world” be, “that other world”, as was immediately made clear in the introduction, for the Polish readers of those years?

That world was the United States of America. The whole book was based on a journey of Krzysztof Teodor Topelitz, a Polish journalist that for six weeks, between April and June 1971, traveled through the United States together with a group of journalists from Europe.

The book is not marred by propaganda, a common feature of many publications of the time, but rather focused on the descriptions of the places the author visited and the people he met. The author doesn’t shy away from sharing his own thoughts and considerations on multiple occasions. The book seems to be occasionally naïve (for example when it tells whole episodes of American history quoting at length the words of a tourist bus driver), but as a whole it makes for a pleasant and ultimately quite informative reading.

The feature of this book that pushed me to write about it in Osservatorio‘s blog is not related to the description of “that other world”, but rather to what the author refers to when he writes about his own world.

It turns out his world is “Europe”. In the middle of the Cold War, for the author, America is what is really different, as opposed to his own world: Europe, the old continent. He tells about life in America and how everything there is different… it’s not the way it is over here, in Europe. Europe, in his writing, doesn’t seem to have any internal divisions; Warsaw and Paris, Amsterdam and Odessa can thus be used as common terms of comparison in contrast with a world that is distinctively different, America.

Forty years later, and more than 20 years after the fall of the Berlin wall, it is still common to think about a divided Europe… there is “our Europe” (needless to say, so-called Western Europe) and “that other Europe”. That same Europe that joined the European Union for unexplainable reasons, post-Socialist Europe, the Balkans. In a way, even today what Krzystof Toeplitz was writing sounds somewhat incredible. Hardly anybody today would write: “over there it’s a totally different world, not like it is over here in Amsterdam or Belgrade, Paris or Bucharest.”

On the contrary, in 1971 our Polish journalist was talking of a united Europe with fellow European journalists… some of them were talking about the divisions between the Walloons and the Flemish, someone else about Scottish separatism, or referring to a “Europe of Fatherlands”, like de Gaulle used to imagine it. And then Erich, a journalist from West Germany: “Already today Europe is being governed by the great corporations, the Common Market, the Coal and Steel Community […] this is the meaning of European integration.”

Right, the Coal and Steel Community… nobody remembers it now. Indeed, quite a lot of time has passed. Yet, those conversations sound amazingly contemporary.