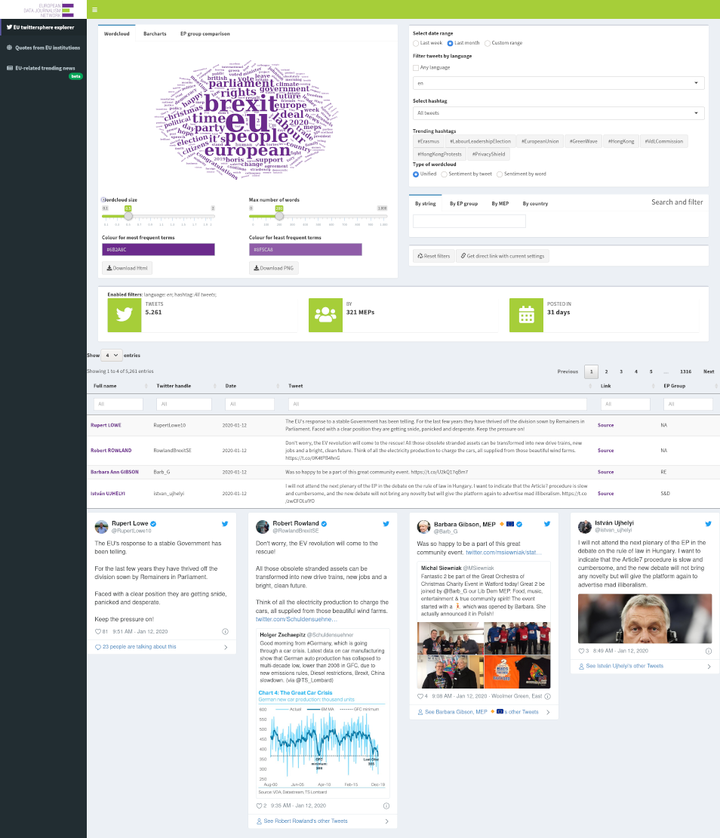 EDJNet’s Quote Finder facilitates finding different takes on European affairs. It provides an interactive interface to explore and filter tweets by all members of the European Parliament who are on Twitter, and to visualise word frequencies as wordclouds. It is possible to filter contents based on keywords, hashtags, political affiliation and language of the tweet. A different interface allows for interactively exploring textual contents published by EU-institutions such as press-releases. In this case, available visualisations include time series in order to highlight changes in the relative prominence of certain issues within the official EU discourse.

The Quote Finder is based on a purposefully created open source package for the R programming language that effectively deals with data gathering and powers the interactive interface available on EDJNet’s website.

Source code is available on GitHub.