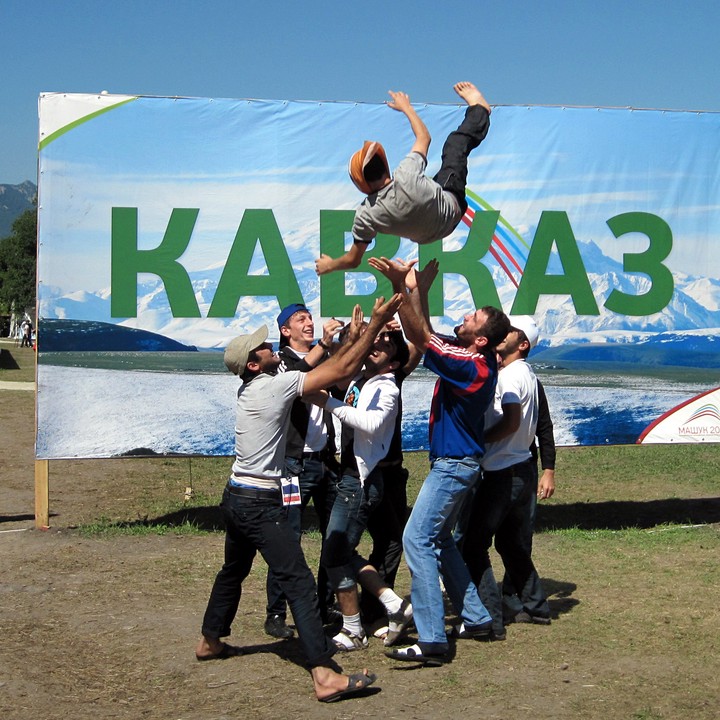 The basic idea of the forum is rather interesting… all participants come from the Federal District of the Northern Caucasus (Stavropolskij Kraj, Karachaj-Cherkessia, Kabardino-Balkaria, North Ossetia, Ingushetia, Chechnya, Dagestan) plus, at least in the original project, Abkhazia and South Ossetia.

The programme includes training and classes dedicated to “intercultural interaction” that all participants must attend. Basically, participants from different parts of the Russian Caucasus are given a chance to know each other better, to discuss about the stereotypes they have about each other, and so forth.

Participants are strongly encouraged to develop an own “project” (in the social sphere, or simply a business project). There’s a team of experts that help participants in developing the project through different stages. The projects are then judged by this commission of experts, and the winners obtain a state grant to develop their projects (grants are supposed to be between 1250 and 5000 euro). The total amount of the grants is 10 million roubles (about 250,000 euro)… all in all, a rather modest sum… that Prime Minister Putin has declared will be increased to 100 million roubles for the next forum in 2011.

The “rules of the game” to obtain grants are clear, and comparing to Seliger (a larger youth forum dedicated to young people from all of Russia) it seems easier to get support here at Mashuk to improve one’s project. It seems to be that in relative terms, here there were more people than in Seliger with a real project they wished to implement (out of 650 participants, about 250 projects were presented, 30 won a grant).

You can see some pictures I took during the camp on my Flickr page.

You can find a list of other youth forums taking place in Southern Russia/Northern Caucasus in the summer of 2010 in a previous post.