A foggy day in Nazran, Ingushetia 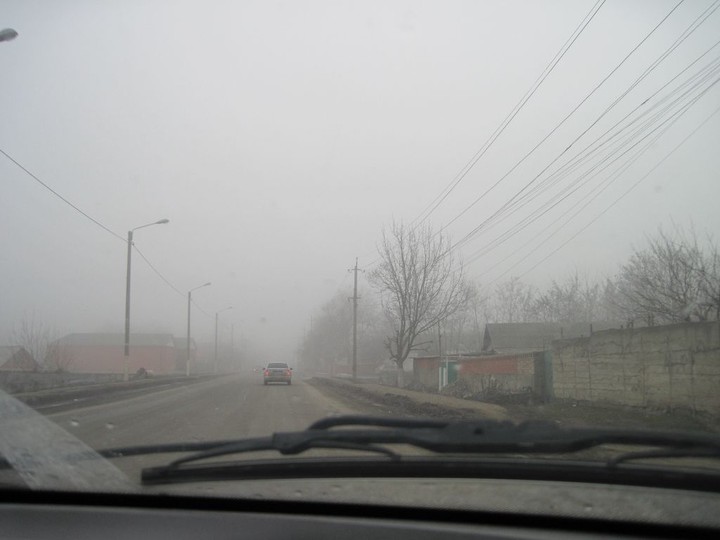 It takes about half an hour by mini-bus to get from Vladikavkaz, North Ossetia, to Nazran, Ingushetia. In spite of these, residents of one city apparently scarcely visit the other. Anyway, this is a long story, and I’m not going into that…

The first thing one notices approaching Ingushetia is the extremely visible presence of military units. Check points at the border between the two republics. Soldiers with automatic gun machines all along the main road, all in camouflage uniforms with heavy bullet-proof vests, some even with their faced covered with balaclavas. It does make you feel a bit uneasy.

The second thing that meets the eye is the huge number of brand new buildings on both sides of the road…apparently, many of them built after the wave of refugees that followed the beginning of the second Chechen war in 1999.

Today, Yunus-bek Evkurov, president of Ingushetia held a meeting with the students of the local university (see picture below). He seems to be a rather straightforward man, underlining the importance of stabilization and security as a precondition for all the rest. He answered the questions of the students, and gave instantly orders to members of his government (present in the hall) to satisfy some of them. The discussion seemed to be really open, and students looked willing to ask rather uncomfortable questions…for example “why aren’t you defending the honour of the Ingush people for what concerns issues like the deportation of 1944 and prigorodnyj rajon?”, or, more practically, “Last year you promised to add new buses for students to go back home in the evening. We haven’t seen any. Why?”.

Well, it might be not as good as it seems, but I have to admit that I generally liked his “don’t-want-to-tell-you-fairy-tales” attitude. Still, I am particularly dubious about his over-reliance on traditional tejp structures to solve the problems of the region… anyway, I will most probably write more about it @balkanscaucasus

Later I met the head of the Ingushetia office of well known human right organisation Memorial. It was really an interesting meeting. The office of the organisation is very basic (see the entrance hidden among clothing shops in the picture below), but this proves just once more that this is a real Ngo. I’ll publish our discussion as an interview @balkanscaucasus, probably in March.

I got back to Vladikavkaz late in the afternoon…in Nazran, it was snowing lightly, and it was really foggy… (see picture below). Nonetheless… I can imagine it with blossoming trees, gentle hills, and mountains far away, but still well in sight.

It might well take some time for Spring to come to Ingushetia. But I’m sure, it will. 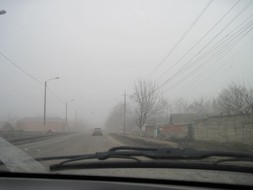 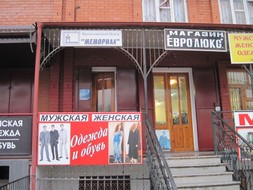 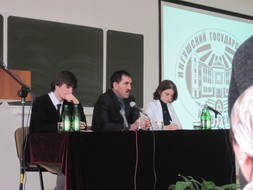