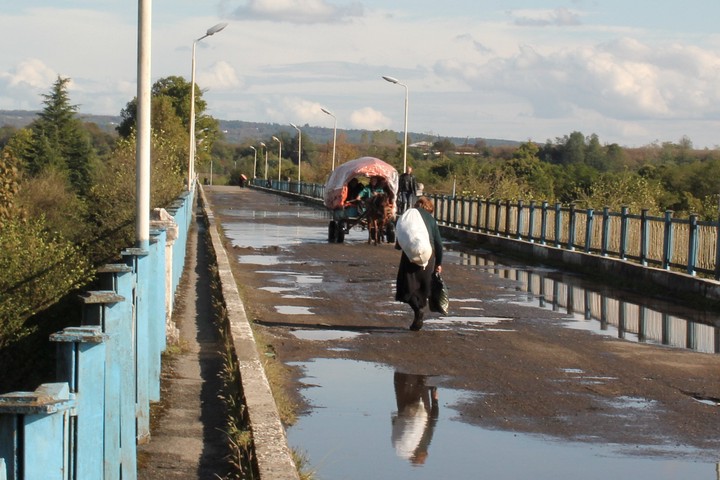 In a context where sovereignty is structurally challenged, sub-state actors increasingly engage in international activities, and the dynamics of global capitalism transcend borders, how much does international recognition still matter in practical terms? This research approaches this question by analysing the external relations of post-Soviet de facto states, and comparing them with those of both sovereign and non-sovereign territories that share with them a set of key features.

Theoretically, this research proposes to conceptualise post-Soviet de facto states as small dependent jurisdictions, thus introducing new analytical tools and resetting expectations about the nature of their relations with a patron, their level of dependence, and their long-term sustainability.

Empirically, it offers a wealth of details on how external assistance enables access to public services and a degree of welfare to resident of post-Soviet de facto states.Methodologically, it argues in favour of systematic analysis of textual contents published on the web as an approach still under-utilised in area studies; analyses of purposefully created datasets of textual contents generated by institutions and media of post-Soviet de facto states have been structurally included in various phases of the research.

Conflict and lack of recognition have been fundamental in making post-Soviet de facto states dependent and partly isolated. Since there is no indication that widespread international recognition, reintegration or some other form of agreement on their status is forthcoming, such features should be analytically considered inherent characteristics of these entities. Once they are conceptualised as small dependent jurisdictions, prevalent dynamics of external relations found in these territories are mostly compatible with those found in uncontested territories on both sides of the sovereignty divide.

I summarised key results from this research in a blog post: Non-recognition is the symptom, not the cause.

The scholarship on post-Soviet de facto states has structurally focused on issues related to their contested status, and has long assumed that these entities are transient phenomena. In this article I propose a path towards a new research agenda on post-Soviet de facto states based on two main arguments. Firstly, scholars researching post-Soviet de facto states should start from the working assumption that these entities will continue to exist in the current configuration for the foreseeable future, and proceed in their integration with the patron. Secondly, they should seek new terms of comparison beyond contested territories and conflict regions, and they should apply the same terminology to these entities and ask at least some of the same research questions as they would do when studying uncontested territories. 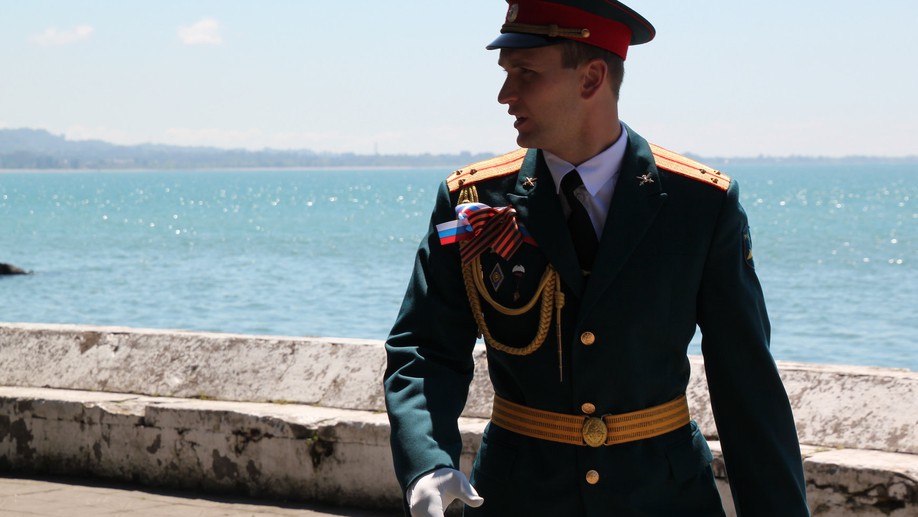 De facto states, according to the most established elaborations of the concept, by definition strive towards full-fledged, internationally recognised independence. However, in many cases, independence may actually be perceived as a second best option. This article argues that in seeking further integration with a patron post-Soviet de facto states are behaving similarly to small-sized dependent jurisdictions in other parts of the world. Conceptualising post-Soviet de facto states as small dependent jurisdictions contributes to a more nuanced understanding of their state-building project, their relationship with the patron state, their political economy, as well as their long-term path of development.

Quantitative Analysis of Web Content in Support of Qualitative Research. Examples from the Study of Post-Soviet De Facto States

In recent years, the internet has been increasingly adopted as a key means of communication by local authorities, organisations and news media throughout the post-Soviet context. This has led to the creation and on-line publication of content that is routinely consulted and quoted by scholars of area studies, who, however, seemingly approach the web as an inordinate mass of content that can be superficially explored thanks to search engines and meaningful keywords. Structured analysis of content is still uncommon in area studies for a few reasons: it is considered to be time consuming, difficult to learn and, fundamentally, relevant datasets are usually not readily available. This paper briefly presents how to overcome these obstacles by introducing an open source package developed by the author that facilitates the creation of structured textual datasets from web content, and allows for basic word frequency analysis in a straightforward web interface. This article argues in favour of a wider use of quantitative methods based on the analysis of word frequency in textual datasets extracted from the internet as a starting point for in depth research with established qualitative methods. The examples presented in this paper relate to the study of post-Soviet de facto states.

Should the EU talk more or less about conflict? 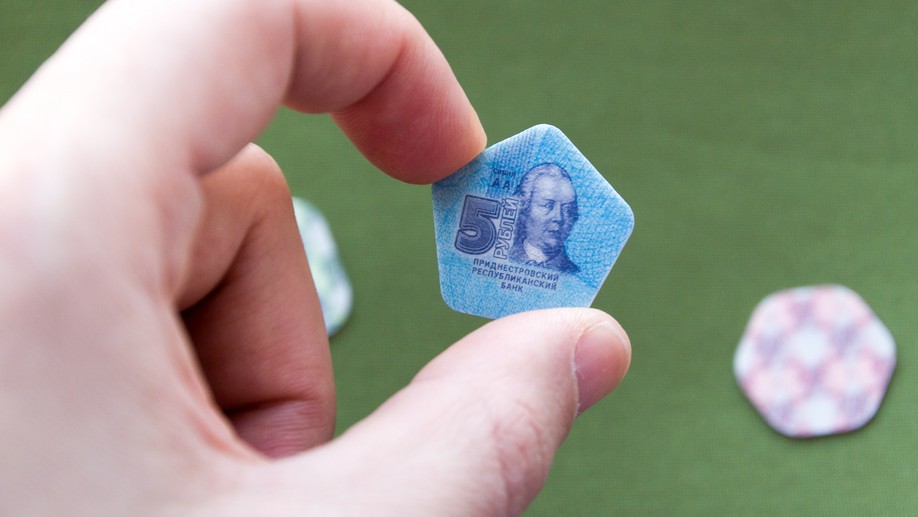 Where does the Money Come From? Financing the Budget and the pension System in post-Soviet De Facto States

Residents of post-Soviet de facto states have access to public goods and services to a large extent thanks to financial resources coming from outside their territories. For the de facto authorities, it would not be possible to pay pensions, salaries of state employees, and provide public services (including in the health and education sector) at the current level without financial support from abroad. Besides, a significant part of the overall disposable income in some of these societies comes through remittances, which frequently serve to complement an insufficient welfare system.

Overall, the economic structure of post-Soviet de facto states present significant similarities to the MIRAB model, originally developed by Bertram and Watters (1985) in reference to Pacific island jurisdictions to describe an economic system based on four pillars: migration, remittances, aid and bureaucracy (i.e., a high number of state employees).

This paper describes how financial resources originating from outside their territory enable service provision in post-Soviet de facto states, and more broadly how external sources of income are key components of the economic system of these territories. It is argued that employing analytical tools developed by scholars of island jurisdictions contributes to a better understanding of key features of the economy of territories which, largely due to conflict, have become “insular” and strongly dependent on a patron. The mechanisms described are fundamental in determining availability of, and access to, public goods and services. Similarities and differences with both sovereign and non-sovereign territories in the same region, as well as MIRAB economies elsewhere, will be highlighted. 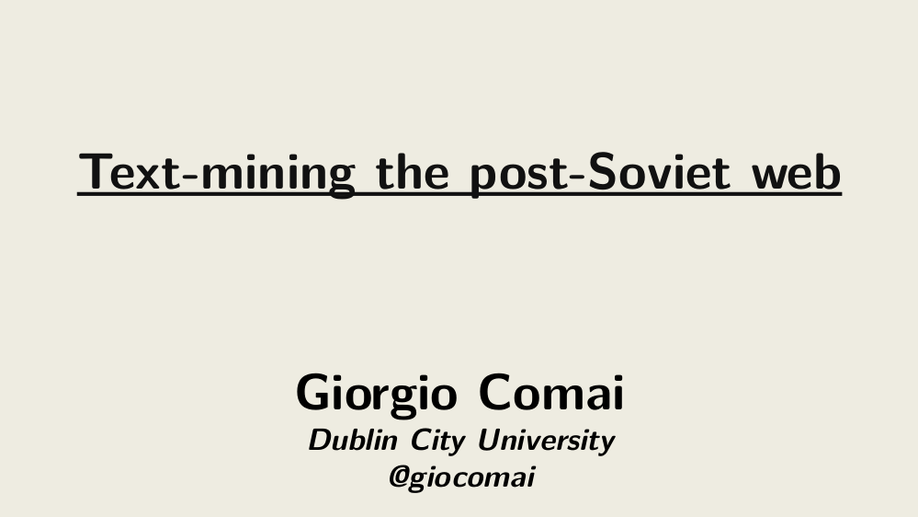 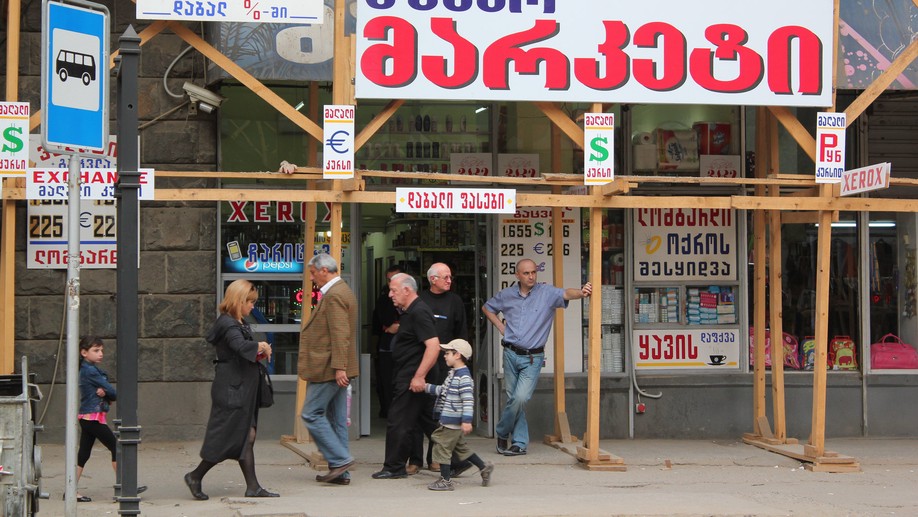 Scholars working on the post-Soviet space frequently refer to web contents at different stages of their research process. However, they (we) usually approach the internet as an inordinate mass of contents, that can be superficially explored thanks to search engines and meaningful keywords. This is partially due to lack of technical skills, as well as the unavailability of relevant, pre-existing datasets. Both obstacles are not insurmountable. A research question involving a well-defined territory, institution or community may benefit of a structured analysis of the textual contents of a specific website, a section of a website, or a limited number of websites. Such analysis may allow both “to find the needle and to describe the haystack”, allowing to proceed with fieldwork and established qualitative research methods with more confidence. This talk presents the author’s experience with creating textual datasets related to Georgia and post-Soviet de facto states, and his attempts at answering questions such as: When exactly did it become common to refer to Abkhazia and South Ossetia as “occupied territories”? Why “occupation” and not “annexation”? And what do authorities in post-Soviet de facto states talk about? Is there anything unusual about it?